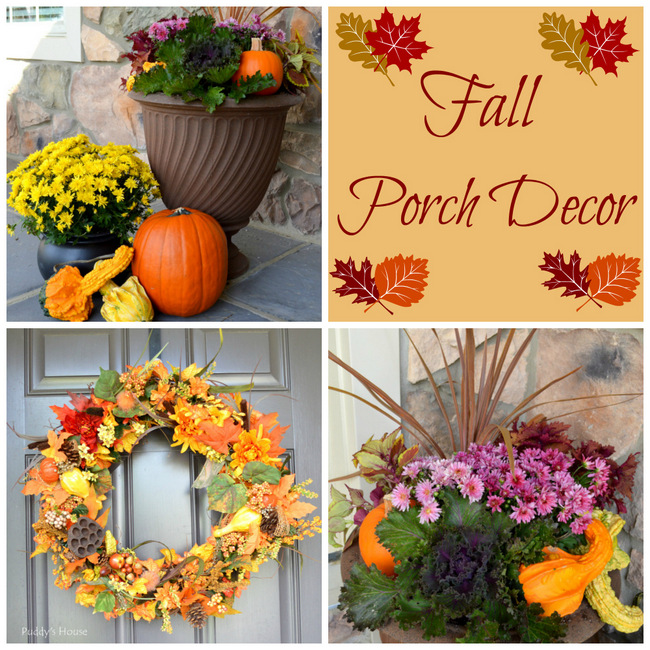 The weather has finally turned here in Lancaster and it is certainly feeling like Fall….I’m actually wrapped in a blanket typing this!!  With the changing weather, I was motivated to begin transitioning our home to Fall. 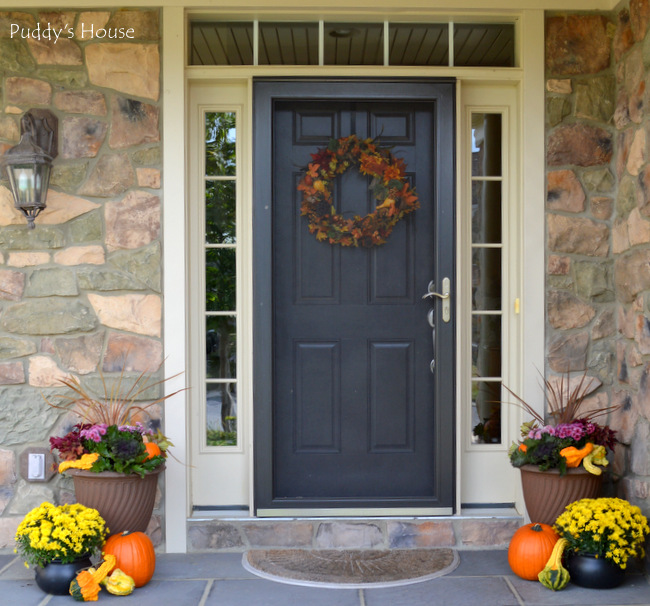 My first step was to make a new Fall wreath.  The last few years, I had used the same wreath that I bought at a yard sale.  I had updated it by adding some extra picks two years ago.  So, this year I decided I wanted a new wreath.  I started with a plain grapevine wreath. I bought it at a yard sale, and it had a few leaves and flowers on it and I just pulled them off. 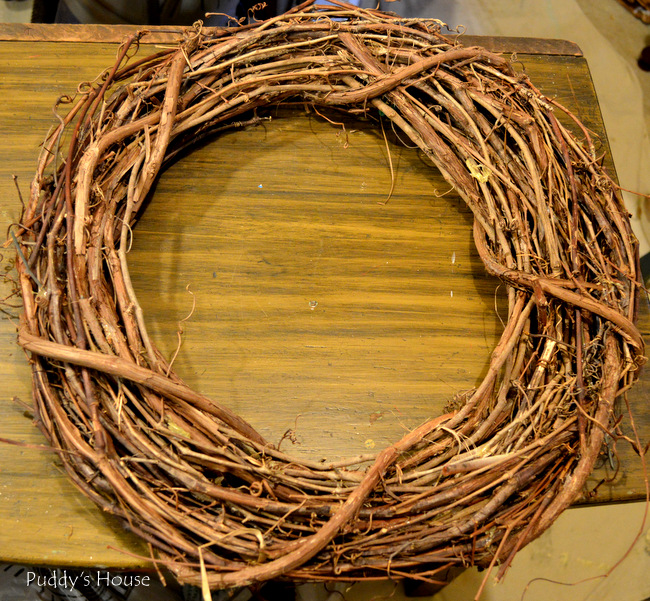 I wanted a full wreath, so I started with a leaf garland. 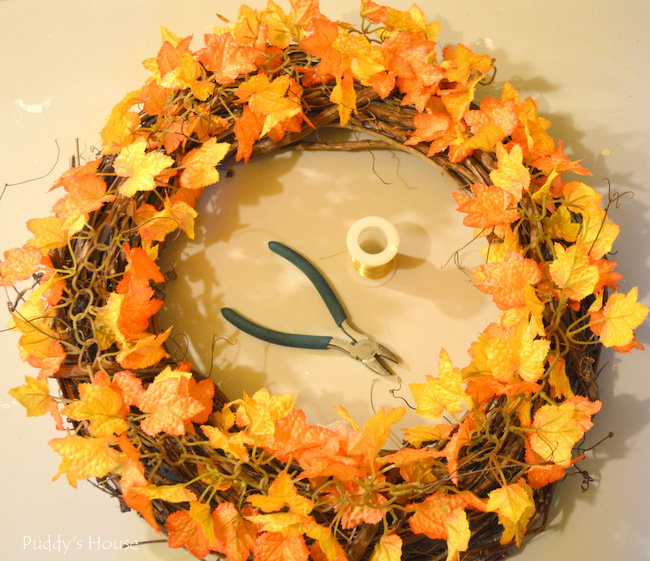 I cut the garland to fit the circumference of the wreath, and I tucked the ends into the wreath, but then I did use some wire to wrap the garland around the wreath in several places so that it was more secure.  After that step, I went to my stash of fall supplies. 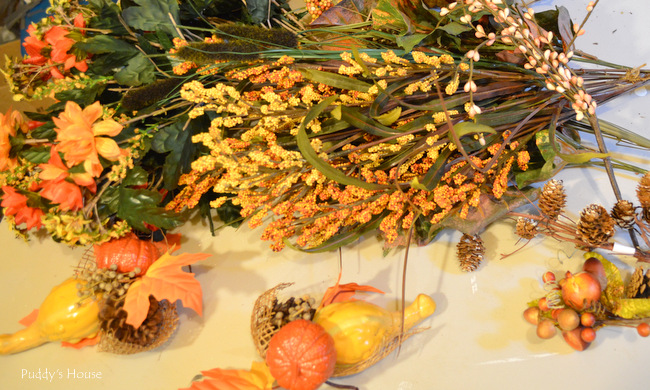 I cut sections off the bushes and just started randomly putting them into the wreath. 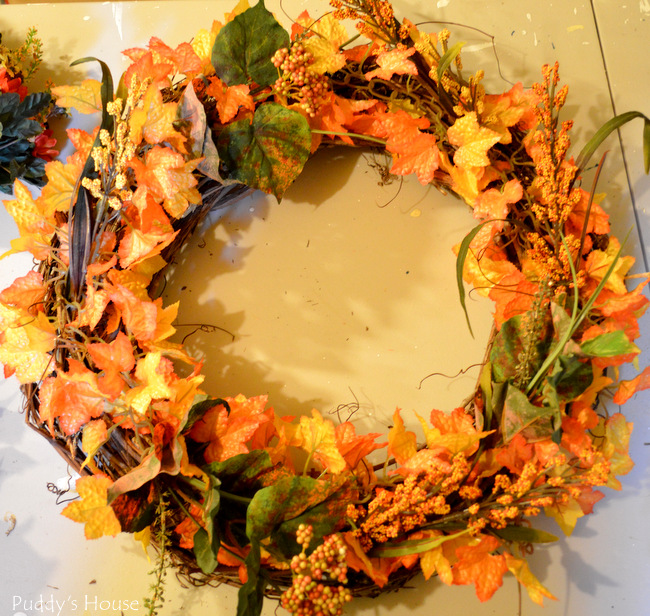 The flowers made it much fuller. 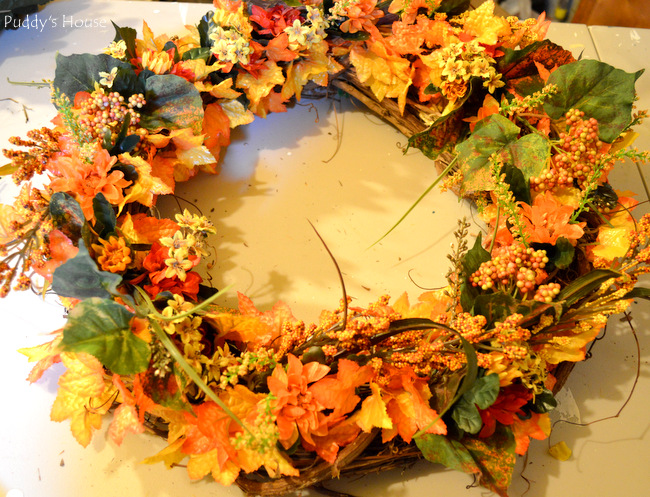 I still wasn’t done though.  I had some more picks that I wanted to add.  I actually pulled the few out of my old wreath and put them in the new one. 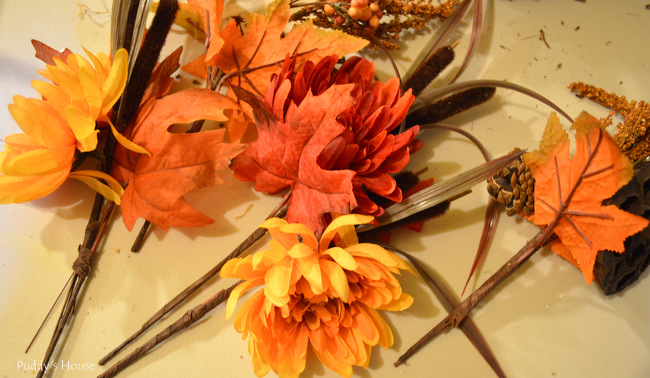 Then, I had two of these fuzzy balls (no idea what they are really called) and I stuffed them in. 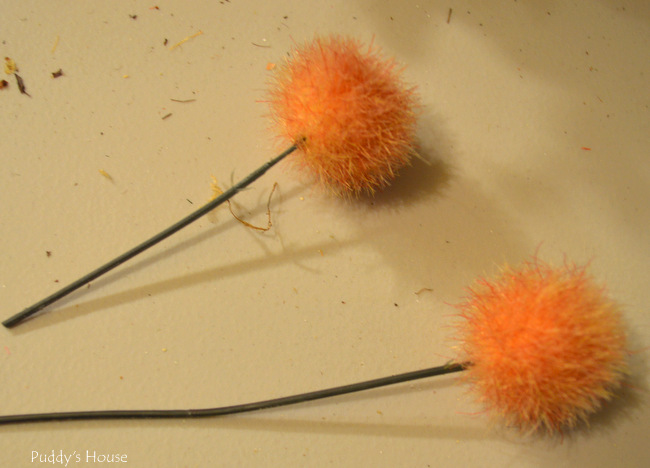 And, finally I added the faux pumpkin and gourd picks.

That was all it took.  It was very random, which for me is a challenge sometimes, but I think because it was so full it made it easier. 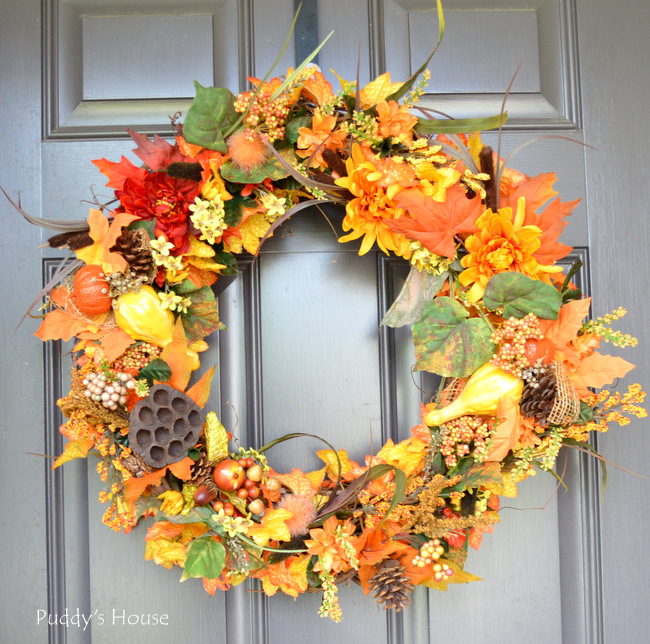 I think it looks so pretty on our door.  This may be the one time of year that I really love the brown door, because it is so complementary. 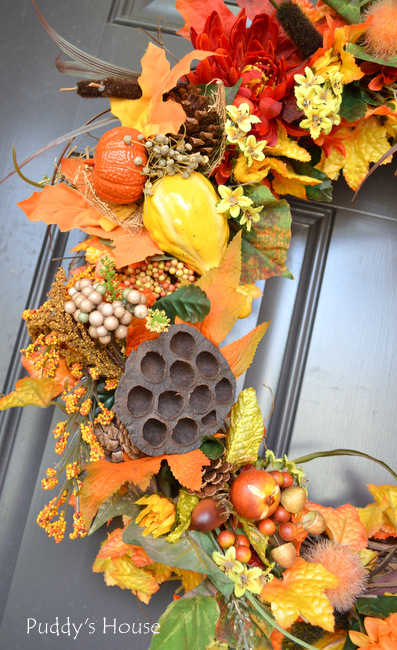 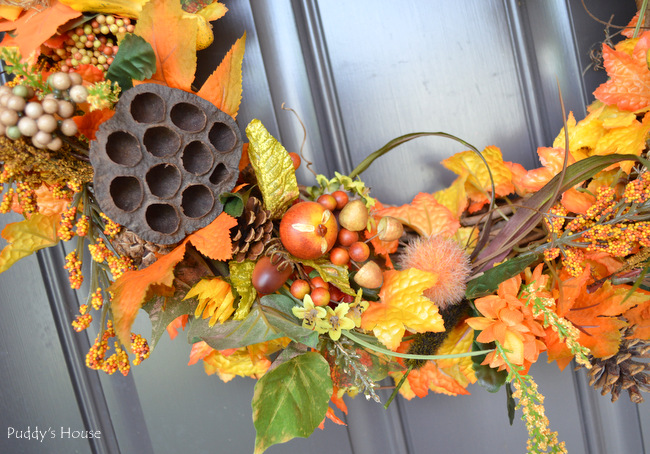 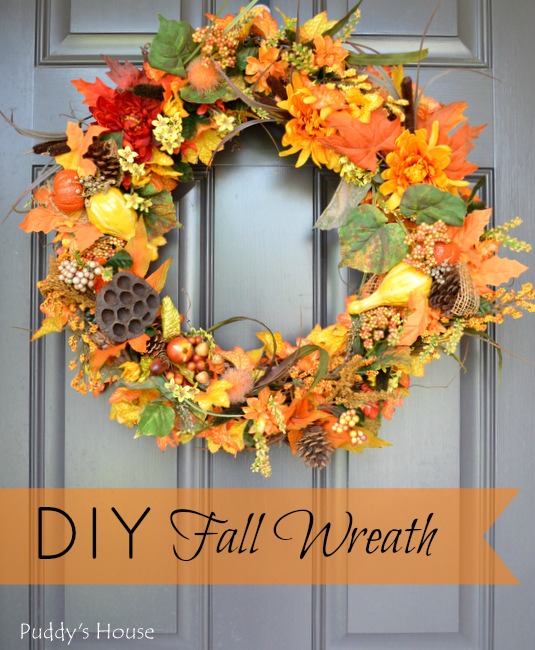 The wreath was just the start of my decorating.  I had a vision this year for a different look on our front porch.  I went to Lowe’s to get some flowers for my pots, and went to the local country store for pumpkins and gourds too. 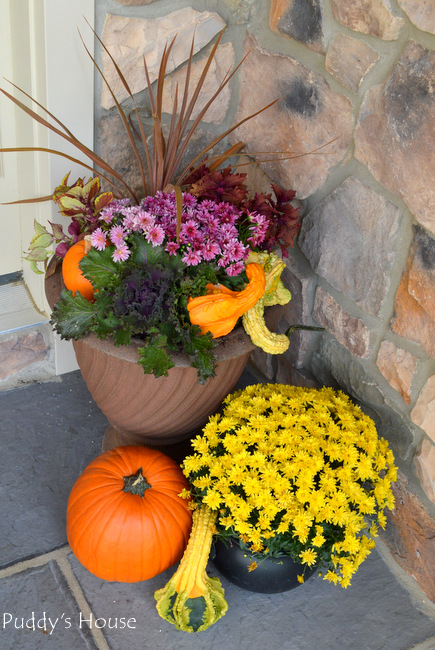 The flower pots each got a kale, coleus, mums, and the red spikes.  I really wanted fountain grass, but they hadn’t gotten it yet at the store.  I lucked into several clearance deals on the mums.  The ones in the taller pot are actually 3 little 75 cent mums.  The yellow mums were on clearance for $3.  There was no bargain on the rest, so that helped a little with the expense.  I tucked in the little pumpkin and a gourd or two in each pot.  I tried to make it not exactly symmetrical, but close. 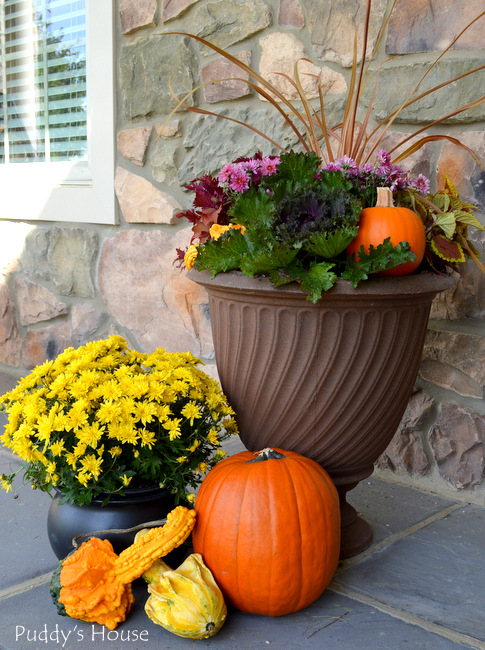 As I was trying to take my pictures, Puddy kept appearing in the windows beside the door, so I made him come outside with me.  He decided to just lay right down and become part of the picture! 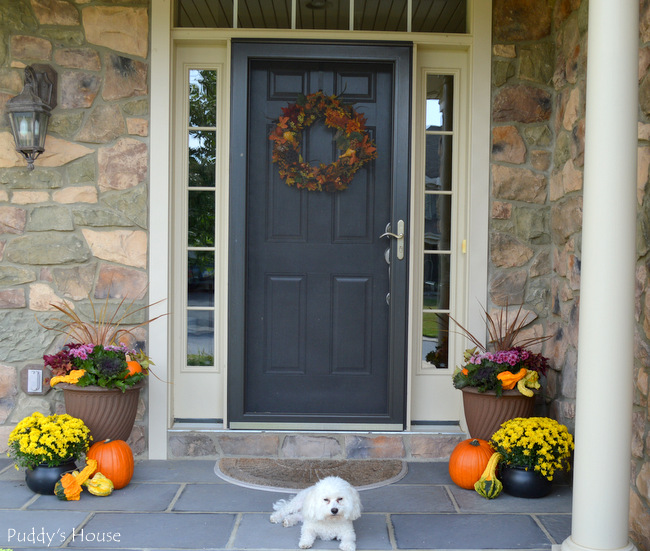 Have you started your Fall decorating?  How is the weather where you are?