Today’s post has nothing to do with DIY, thrifting or crafting, but is a bit of life in nature.  I had some pretty pictures that I wanted to share.  They have nothing to do with anything, other than they are nature at its best, at least in my opinion.

Bob captured this bee from our patio this summer.  He was loving all the pollen on our purple beautyberry bush. 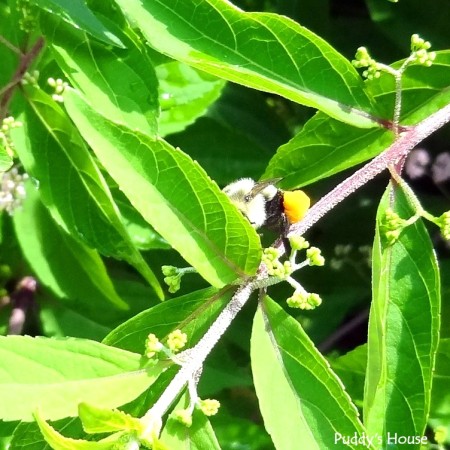 It was amazing to see the pollen as he flew away. 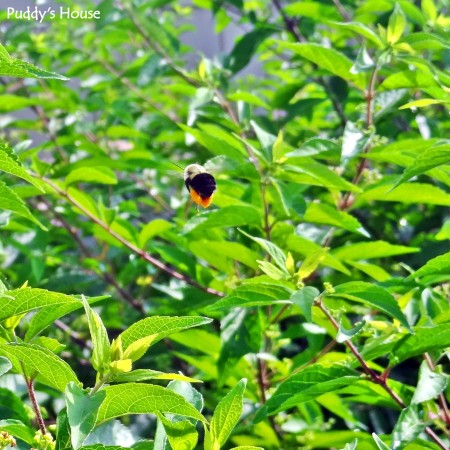 I only have white hydrangeas, and they have yet to become anything spectacular.  So, when I was at my Mom’s house and saw her hydrangea blooms still looked like this in October, I was quite jealous.  But, I also wanted to capture the beauty of them for my memory and hers. 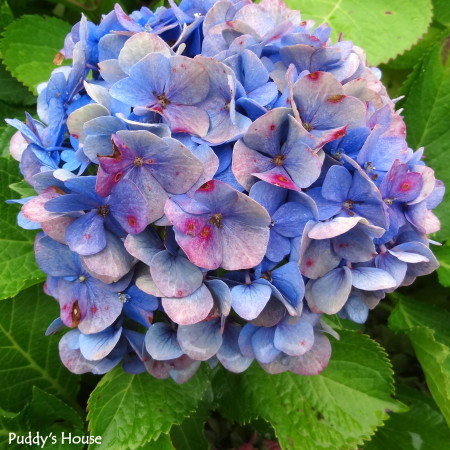 Her hydrangea has at least 3 different colors on one bush.   She must have a green thumb, and some good soil. 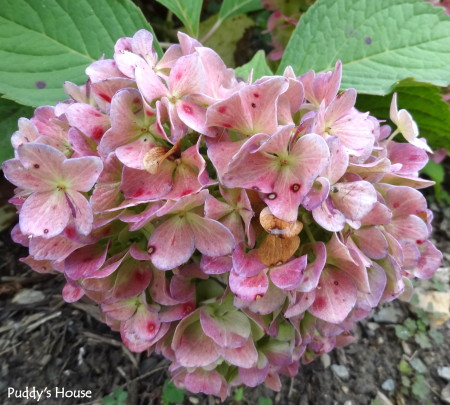 I could’ve have taken tons of pictures of each individual bloom. 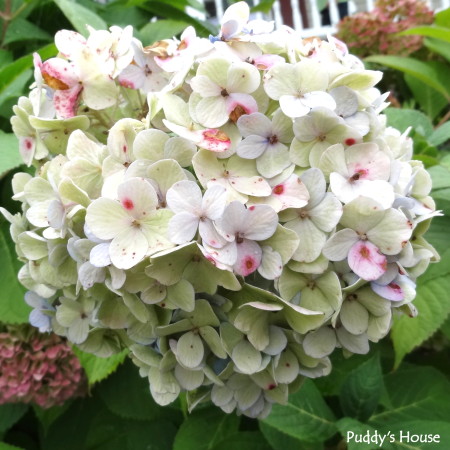 But, then I was also distracted by the spider that had made a home in the hydrangea.  I don’t generally like spiders, but this one was intriguing.  He had a picture-perfect web too. 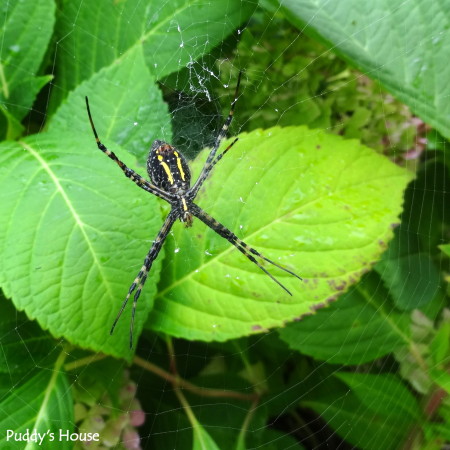 Anyone know what kind of spider it is?  Do you take nature pictures to try to capture the memory?  I think I do so that when it’s the middle of winter I can look back on something warmer and prettier to help get my through until Spring.