Over the last few weeks, I was working behind he scenes on Puddy’s House.  I tackled the blog conversion from WordPress.com to WordPress.org by myself and survived.  And, I think I got everything transferred correctly!  But, if you find anything on the blog that is not correct, please let me know.  I still have plenty of technical aspects to work on, but in all honesty I got tired of it.  This also explains the lack of blog posts…I was working on the blog, just not on content for posts.  I did take some time out for some fun, so I have a few upcoming posts to share.

A week ago, I took the opportunity to be a tourist in my own area with my sister and her kids as we toured the Julius Sturgis Pretzel Factory. 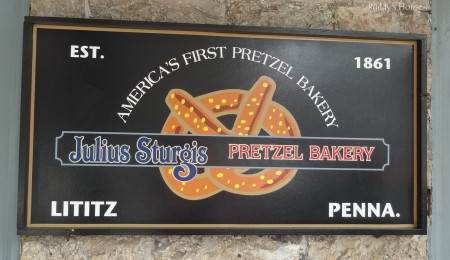 The tours were quite reasonable at $3 per person, and they run about every 30 minutes.   I took several pictures before we even got inside. 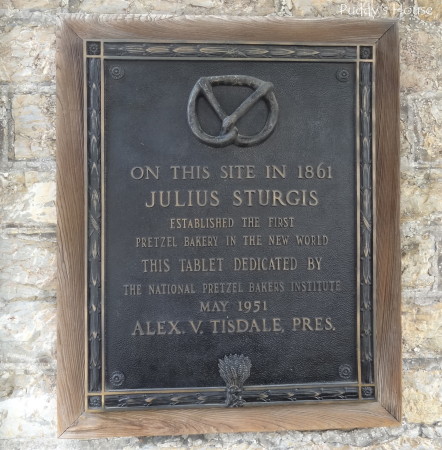 The history of the building is pretty amazing.  They kept the factory area the same as it was originally.  As we started the tour, we each got some dough from our tour guide to make our own pretzel. 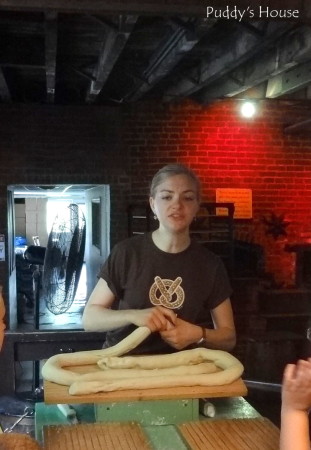 As she taught us how to make our pretzel, she described the meaning of the twist. 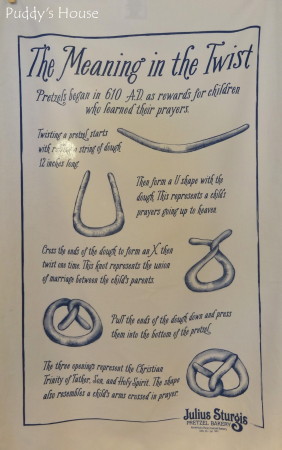 If you can’t read it all in the picture, the main parts are:

The U represents a child’s prayers going up to heaven.

The knot represents the union of marriage between the child’s parents.

The three openings represent the Christian Trinity of Father, Son and Holy Spirit.

The shape also resembles a child’s arms crossed in prayer.

Each of us became Official Pretzel Twisters.  We didn’t get to eat our pretzel because it was just flour and water.   Across from where we made our pretzels was the original Doughbreak, where the dough was kneaded. 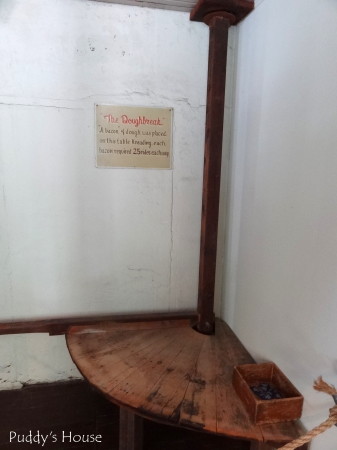 Beside that was the original container that the dough was held in. 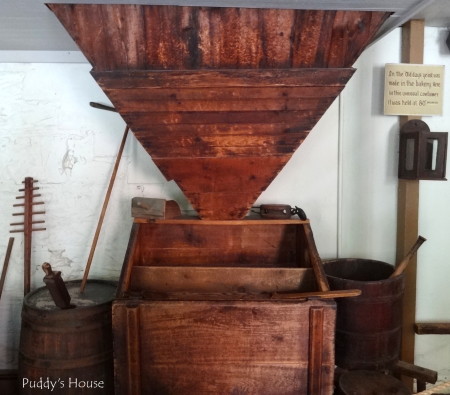 The dough barrels were where the flour, water and yeast were contained to raise overnight. 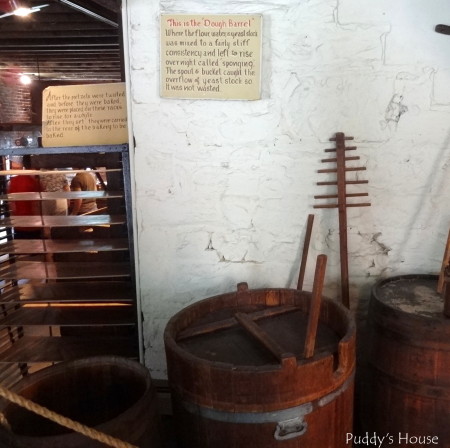 After the pretzels were shaped, they were baked in the ovens for 10 minutes to make the soft pretzels. 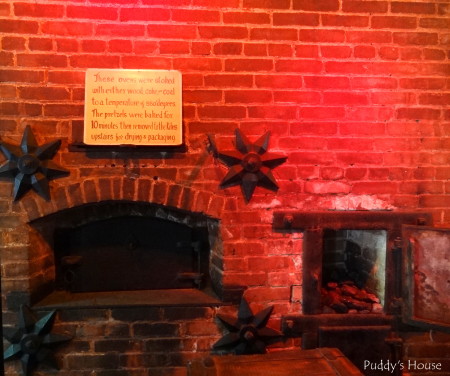 The long spatula’s were to put the pretzels in and take them out. 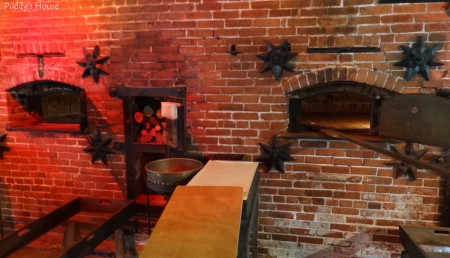 Then, the pretzels were placed in the racks to cool. 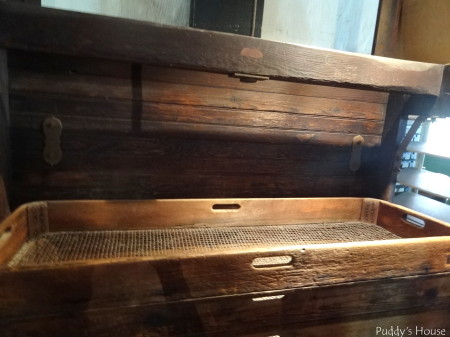 It was many, many years before Sturgis changed the process to use machines. 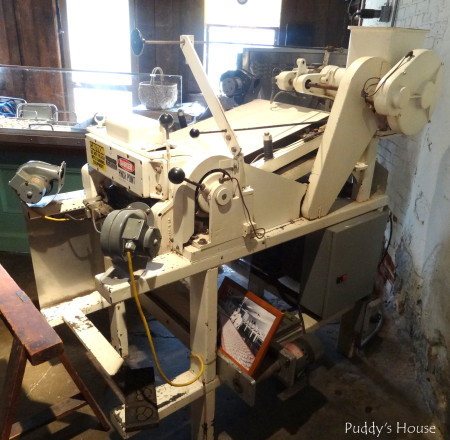 The machines had mechanical arms that could twist the pretzels.  We learned that the parts on those machines were quite expensive and would take many hours to repair if they broke down,  So,  eventually the process changed again to machines that push the pretzels through pretzel forms like this: 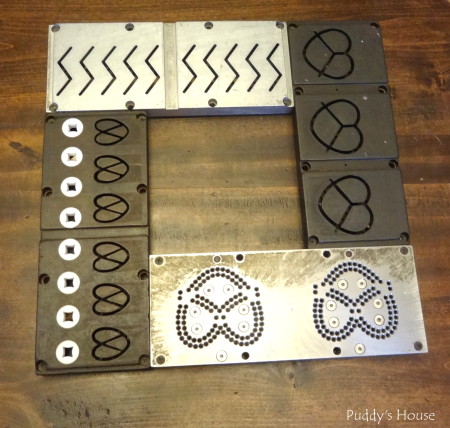 Those machines are so large they have another factory built for them near Reading, PA, which is Tom Sturgis, who was a descendant of Julius Sturgis.

Even though we didn’t get to eat the pretzel we made, it didn’t stop us from eating a fresh soft pretzel made by the Sturgis staff. 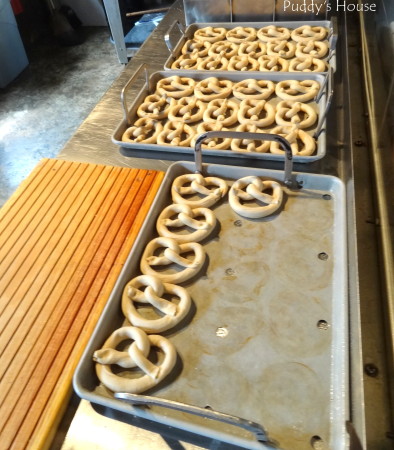 The tour was very educational and fun too.  I’m going to have to search for more places to tour and explore in our county. 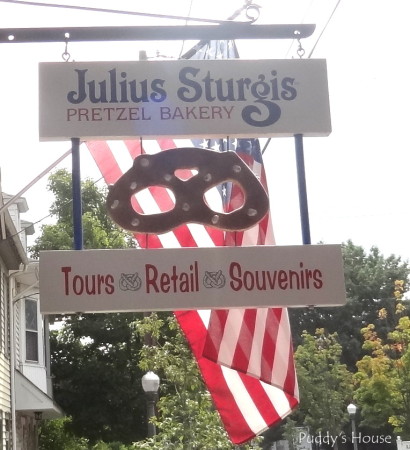 Have you been a tourist in your own town/area?  Any Lancastrians have recommendations for me?